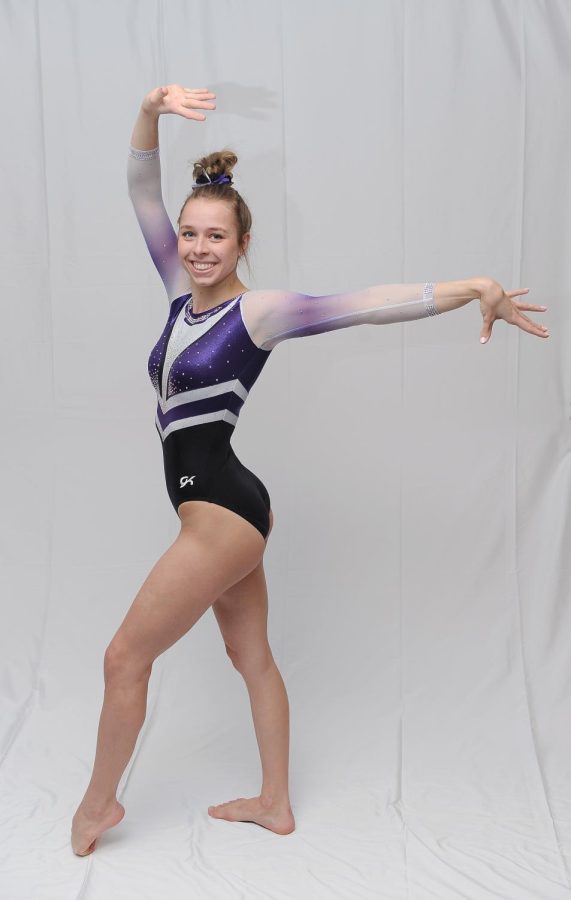 Junior Faith Mylin is in her third year as a member of the UW-Whitewater gymnastics team. Mylin, an accounting major from Elgin, Illinois has seen steady growth in the program since her first year in 2020. She performs as an all-around athlete for the team and set career-highs in all-around, bars, and beam this season. Mylin strives for consistency and has set goals for herself and the team for the remainder of the year.

Q: When did you start doing gymnastics?

A: I started gymnastics when I was about five years old. I was doing the Mommy and Me classes, and I stuck with it.

Q: Why did you decide to come to Whitewater?

A: I looked at a lot of different Wisconsin schools. I also have a twin sister that wanted to do sports, so we looked at schools together. She’s on the track team, so we felt like the gymnastics and the track team were good fits for both of us, so we made that decision together.

Q: What does being a Warhawk mean to you?

A: I think there’s a lot of history and tradition behind being a Warhawk. Being a part of the gymnastics team especially, we have had successful seasons the last couple of years, so it’s a big role to take on. Something our coach tries to preach to us is to have good sportsmanship. Those are the big things we value here.

Q: How would you describe your experience on the team this year in comparison to previous years?

A: This is the first year that we’re hopefully supposed to have a normal season as far as gymnastics goes. So far, we’re off to a really great start. We’ve been allowed to travel and stay at hotels and do things we weren’t allowed to do last year. Gymnastics-wise, I feel like I’m off to a really good start. I feel like I’ve progressed with my skills and form every year that I’ve been here. Things are looking good this year, and we’re excited about it.

Q: What was your initial reaction when announced as one of the WIAC Athletes of the Week?

A: I was really excited. I don’t think I’ve ever gotten that in the previous two years. Like I said in the last question, I feel like I’ve progressed so much each year, and I’m a lot more confident and consistent this year than I’ve ever been, so I was really excited to see that pay off and get a little recognition for that.

Q: What goals do you have for the rest of the season?

A: Something I thought about recently is I really want to try to get the All-American for floor this year, so I’d have to place in the top-six at Nationals. We really want to make it to Nationals as a team. The ultimate goal would be to win Nationals. I think taking each meet day by day to see the constant progression throughout the season would mean we had a successful season.

Mylin’s goals are set high for the 2022 season. She is beaming at the opportunity of continuing to further her success as the season wears on. The goals she set are obtainable, as the team has seen success in the early part of the season.