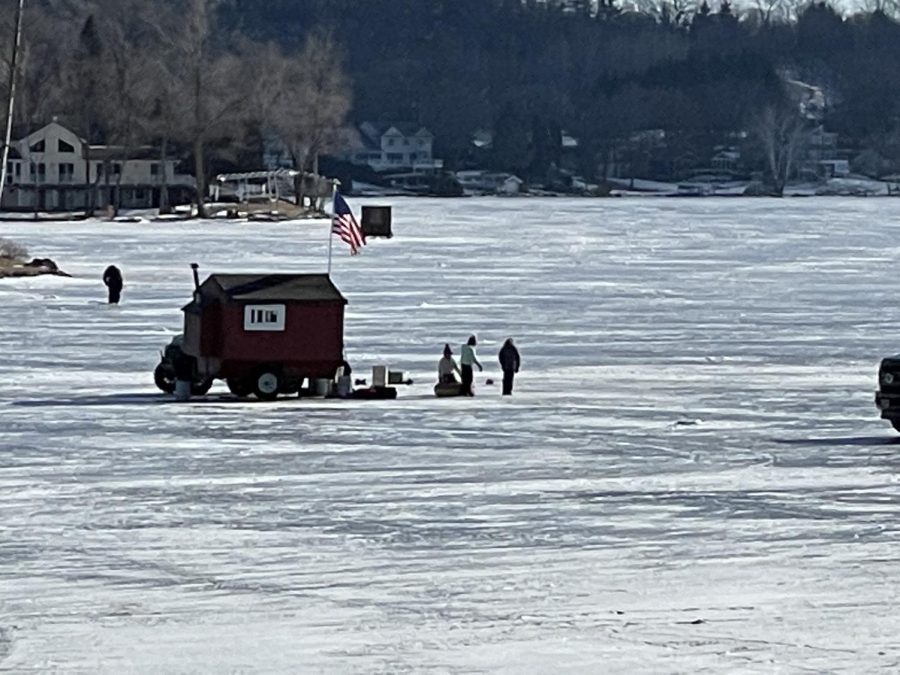 For the fish-a-ree event, fishermen and fisherwomen had to catch the best in six species: Bass, walleye, northern, blue gill, crappie and perch that were submitted in order to win prizes. There was also a 50/50 cash raffle and bonus prize given out.

The breakfast for the community was held from 6-11 a.m. featuring pancakes, eggs, sausage, milk and juice. Fish needed to be caught by 2 p.m. with prizes awarded to the winners at 3 p.m.

“The pancake breakfast went pretty great. We had over 300 breakfasts given out. Many people came to the Lions Club to do their activities. We had a good crew and a good turnout for breakfast today,” said fish raffle chairman Larry Runroe. “The fishing was slow today. We weren’t bringing in as much, but small walleyes were popping up.”

They hope for next year to be even better with a fishing event for more people and a better place to hold prizes for their auction.

“I hope next year we can go back to hall auctions and have a lot of fish prizes like we used to do. We used to get a lot of people to come in for social events and we miss that,” said Runroe.

The ice fishers are an important part of the event through not just their participation, but in making memories with community members while having a chance at winning that big fish prize.

“It was great,” said fisherman Ryan McDonough. “I fished with my boys today. We caught some fish, had a great breakfast from the Lions Club, and it was a good day.”

“It was alright. Pretty nice,” said fisherman Jeff Strauss. “There was not a lot of walleyes, but there were some real good practices and scales.”

The Lions Club wants the community to be on the lookout for their next breakfast event and be ready for more events in the future. The club encourages the public to check out its second anual online silent auction by logging onto the website Biddinggowl.com/WhitewaterLionsClub. They have many items and packages to choose from that will last from Feb. 13 – 20. The next pancake breakfast will be Oct. 30. at the Lions Clubhouse.