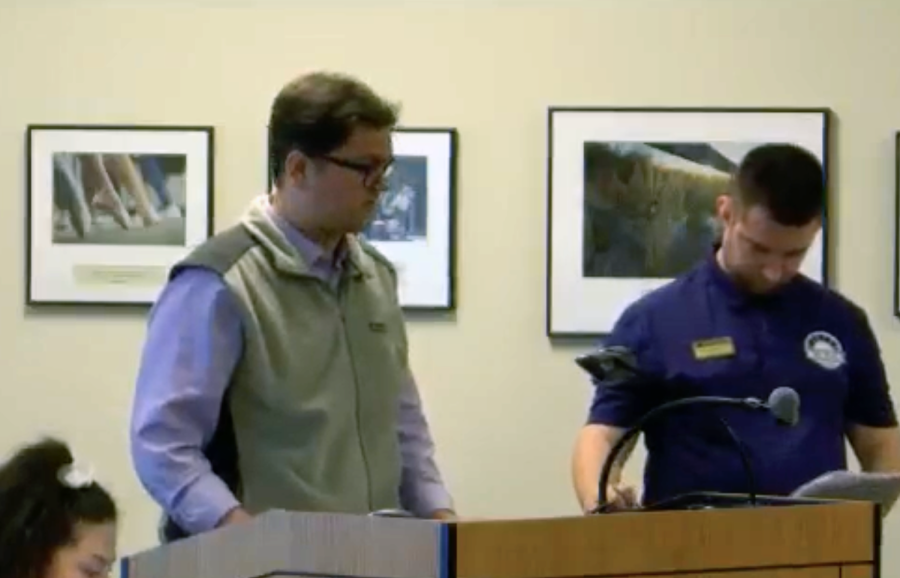 After the recent resignation of Interim Chancellor Jim Henderson, members of the community have been talking about the university struggling to maintain a long-term chancellor. However, this does not seem to be spoken maliciously. Both the Whitewater Student Government (WSG) and the UW-W Faculty Senate both proposed separate bills honoring the retired Chancellor in both their meetings this past week.

Both governing bodies drafted a page-long bill to be sent to Henderson once approved. The Faculty Senate’s acknowledges the leadership Henderson gave Whitewater during “a difficult era,” and resolves that the Senate appreciates Henderson serving the campus.

“The resolution thanks former Interim Chancellor Henderson for his service this academic year and for his contributions to nurturing an atmosphere of collaboration and collegiality,” said Faculty Senate Chair Tracy Hawkins.

WSG wrote a similar document focusing on his contributions to Warhawk students. The bill states that “the Whitewater Student Government hereby names Dr. James Henderson a Warhawk for life and recognizes him as a champion of students everywhere.”

Henderson’s resignation was caused by a dispute regarding a controversial “free-speech survey” that UW System President Michael Falbo intended to send to all UW System universities. The survey is funded by organizations with conservative ties, causing worry about leading questions.

“I understand there were some machinations at work with respect to why he resigned. I understand why he did it,” said WSG President Davin Stavroplos. “At the end of the day, he did what he thought was best, not just for our campus, but for all the students in Wisconsin, and that’s kind of a tough call to make.”

WSG President Stavroplos also administered his first Presidential Proclamation for Achievement of Service to the university, which he presented to recently appointed Interim Provost Robin Fox.

“The reason I decided I wanted to do my first presidential proclamation for Dr. Fox is for a couple of reasons. First, I think it would be safe to say that her career has been a little strange. And that is not at all her own fault,” said Stavroplos. “She was the interim Dean of the College of Education and Professional Studies for ‘give or take 400 to 450 years. That’s what she says… She was only just recently appointed to the permanent position by Chancellor Henderson… She’s been an excellent servant to all students. Also, she was the person I anticipated getting this job and also the person who I thought would best fit the role. She’s going to do great as our provost.”

Though the switch in leadership was swift, these two governing organizations at UW-W welcome the new leadership. The two resolutions thanking Henderson, as well as the one congratulating Chancellor Chenoweth passed unanimously.

Resolution of Appreciation for Jim Henderson