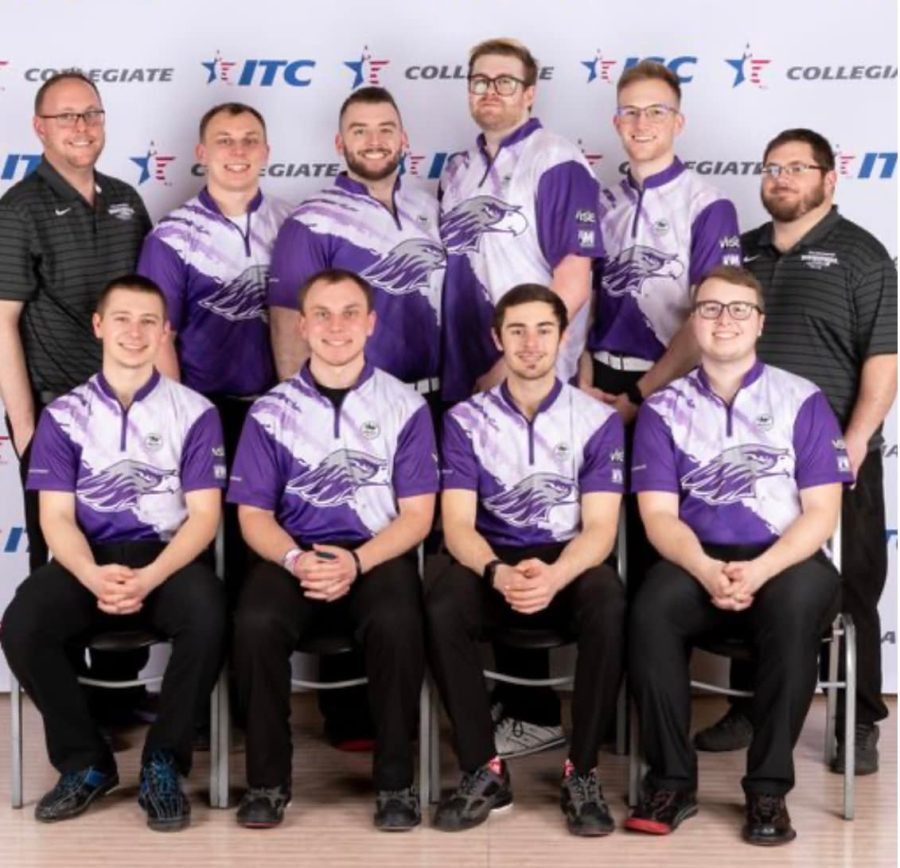 Heading into the season the Warhawk club bowling team had high expectations. Whitewater would have six returning varsity members, as well as three new freshmen who would make immediate impacts.

“This team is extremely physically gifted. There is so much knowledge and talent throughout the entire program,” said head coach Shawn Wochner. “Heading into this season, the expectations were high. My goals were to remain a top 5 ranked team in the nation, win at least one Tier 1 (a college bowling major), be the first program to three-peat as Club National Champions, and to at least be semi-finalists at the ITC National Championships.”

Though Whitewater may be a physically gifted team, something that stressed them throughout the season was that there needed to be trust amongst the athletes and coaches. Another thing that was needed for the team to succeed was that they needed to work on their mental game.

“At the start of the season, and even into the start of the postseason, there were a lot of mentalities where some individuals would have rather lost while being in the line-up than win when being on the bench. This caused the team to not reach our potential throughout the regular season and at the Club National Championships,” said Wochner. “However, come the ITC National Championships last week, they finally understood what I had been insisting on  and the last week was the absolute best I’ve ever seen this team perform.”

Entering the ITC National Championships the Warhawks would rank 11 in the country. The tournament consists of the top 16 teams in the country. The games would be best of seven and would also be double elimination. The Warhawks took care of their first two games against Mount Mercy 4-1, as well as beating SCAD Savannah 4-3 who was the top seed in the whole tournament. They would then suffer their first loss of the tournament to Indiana Tech 2-4. Because of its double elimination the Warhawks would get a second opportunity to play Indiana Tech again after they won the losers bracket beating Mckendree.

Wichita State is to college bowling as Alabama is to college football. This would be a tough task for Whitewater. Unlike the other games the championship would be a best of five instead of seven. Whitewater would fall behind 2-0. But being on the brink of elimination would not faze the Warhawks as they pulled off the reverse sweep winning 3-2 and capturing the ITC National Championship. Senior Donavon Thomas was also named tournament MVP.

“Anybody who knows me knows. I don’t like individual words in college competitions, because it’s all about the team. But that one’s a little bit different because it’s not based on your score. It’s based on votes by other college coaches. All that, for at the tournament, who they believe was the best players there and I guess it’s being voted on by all the other college coaches is pretty cool and pretty awesome,” said Thomas.

For coach Wochner this would be his last season as the coach of the Warhawks.

“It is very bitter-sweet,” he said. “Personally, I’m not ready to step away from coaching the Warhawks, but the new job that I took in October doesn’t allow the flexibility that my previous job did, which makes it impossible to continue to serve as the Head Coach.  However, there is absolutely no better way to go out than on top. Ironically, it is the same way I ended my college bowling career my Senior year, as an ITC National Champion.”

“I am so over the moon excited for the program to have this experience,” said Wochner. “The memories that were made last week at the ITC National Championship, and the emotions tied to winning, will never leave these guys.  They worked so hard for this opportunity, and now can call themselves “National Champions” for the rest of their lives!”

The championship will air on CBS on Tuesday, May 10 with a watch party at Summers Auditorium starting at 6:30 p.m.