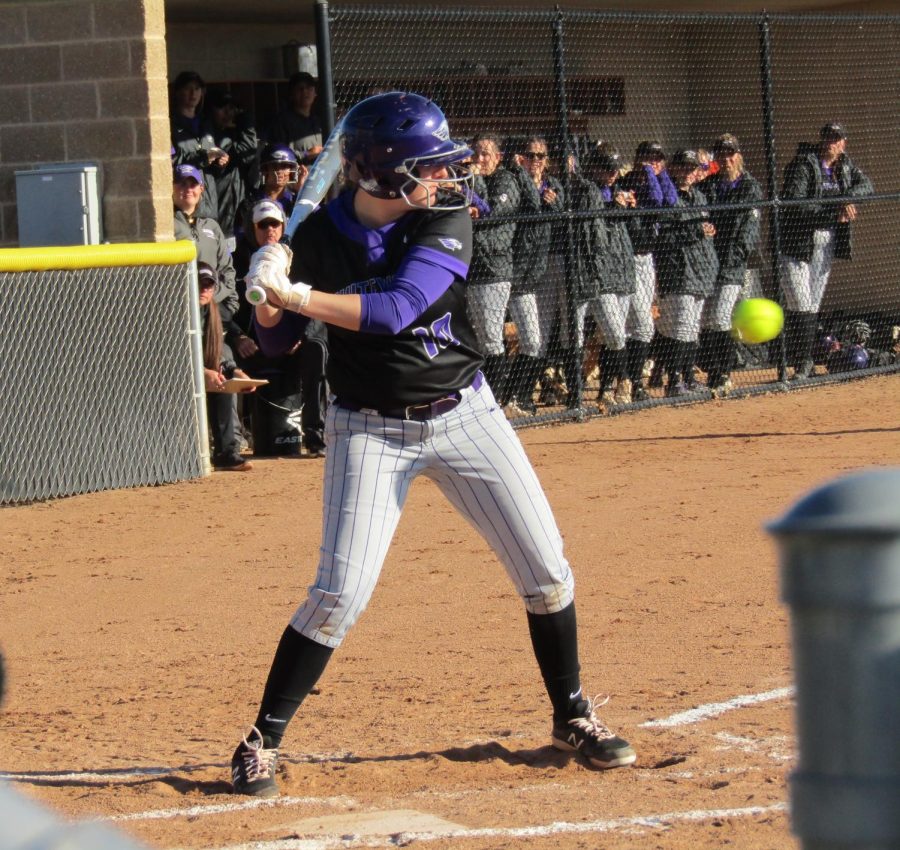 Brooke Mangler made her debut with the UW-Whitewater softball team this season and has been exceeding expectations. The freshman is currently leading the team with 19 RBI, has the second best batting average at .310 and is second in homers with four.

It was always Mangler’s dream to play softball at the collegiate level and her dream became a reality after an impressive high school career at Warren Township in Illinois. She is not only living out her dream, but is also on track to leave her mark on the Warhawk softball program and become a major contributor to the team’s success. Mangler has already solidified her role as an everyday starter for the Warhawks and has given the team a substantial boost with her offensive production. She is just one of ten freshmen on the young Whitewater team, and is already becoming a leader of her freshman class that is building hope for the future of Warhawk softball.

Q: Why did you choose to come play at Whitewater?

A: I always wanted to play softball in college, that was kind of always the main goal, and when I was going to pick a college it came down to two schools, one of them being Whitewater. I just fell in love with the campus and I thought that if I got injured or if softball did not work out, I would still like the school and the campus.

Q: What does being a Warhawk mean to you?

A: I really like it and I think it is different from other programs. We have a lot of traditions that have been going on for a long time and it is really fun to keep that going and be able to play for the people who played before you.

Q: How has your first season on the Warhawk softball team gone so far?

A: We started out in Florida and we have a ton of freshmen this year. Everyone was really new to the program and no one went in expecting to play; we just wanted to see what worked for the team. It has been fun and recently we have been on a hot streak and are gelling at the right time. The biggest obstacle has been all the new players getting acclimated to the team.

Q: What are your goals as a team for the rest of the season?

A: I think since we are gelling right now, we just want to take things one pitch at a time. We don’t want to get too far ahead of ourselves, we are starting to get into the thick of it so we have to keep our heads down and get through it and hopefully win for the rest of the season.

The Warhawks have certainly had their ups and downs this season and currently sit at a 17-15 record. The regular season will come to an end with their last four games of conference play on May 1, and 2. The WIAC tournament will begin May 6 and the Warhawks are hoping to keep their hot streak alive after winning seven of their last eleven matchups.

The future is bright for the young Whitewater softball team and there is no doubt that Brooke Mangler and the rest of her freshman class will make an impact on the program. The sky’s the limit for the Warhawks while Mangler is on the squad.